A new Judicial Watch report exposes suspicious and covert activities around a small Arkansas airport since Bill Clinton was governor of that state.

Guns, Drugs, the CIA at Mena, Arkansas, and no answers! 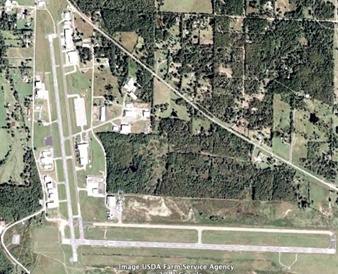 July 27 (Judicial Watch).– The mysterious events surrounding Mena Airfield in remote western Arkansas during the gubernatorial reign of Bill Clinton have teased the popular imagination for more than three decades. Movies have been made, books have been published, hundreds of articles have been written. Many of the more baroque allegations emerge from the fever swamps of conspiracy theorists, but certain facts are indisputable. CIA and DEA activities flowed out of Mena in the Clinton years. Cocaine—a lot of it—flowed in. And for thirty years, every attempt to get to the bottom of events at Mena—federal, state, judicial, journalistic—has failed.

Judicial Watch has launched a new campaign for answers. The CIA “stonewalled the release of information now sought by Judicial Watch on the Mena Airport controversy,” said Judicial Watch President Tom Fitton. So last month, we filed a lawsuit seeking a long-hidden report by the CIA inspector general into events at Mena. The Judicial Watch lawsuit seeks the report of a November 1996 CIA investigation into “drug running, money laundering and intelligence gathering” at Mena. We’re taking other steps, too—Freedom of Information actions against the DEA, FBI, and Arkansas state institutions.

I first traveled to Mena in 1994, reporting for the Wall Street Journal editorial page. “Mena is a good setting for a mystery,” I wrote at the time. “The pine and hardwood forests of the Ouachita Mountains surrounding it have long been an outlaw’s paradise, home to generations of moonshiners and red-dirt marijuana farmers.” It was also just seventy miles south of the sprawling Fort Chaffee Army Base at Fort Smith, Arkansas. I didn’t make the connection then, but it seems significant now: if you’re going to secretly run arms to controversial U.S. allies, you’ll likely want some military support.

The mysteries of Mena revolve around a drug-smuggling pilot named Barry Seal. In 1981, Seal set up shop at Mena. He later claimed to have made as much as $50 million running 1,000 pounds of cocaine a month from Colombia. In 1983, the DEA arrested him ...