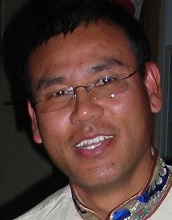 China’s recent preemptive aggression in Ladakh has stretched India’s patience a bit too far. Prime Minister Modi decided to fight back by capturing the Black Top, a strategic peak overlooking the Pangong Lake and nearby territories. It marks a significant shift in India’s policy to deal with China.

For this operation, India deployed the Special Frontier Force, an elite and secretive special operation force consisting of exiled Tibetans. India informally declassified SFF by providing media access to cover the history of SFF and its involvement in critical military operations in the past. Furthermore, the SFF Commando Nyima Tenzin killed in conquering the Black Top peak was given a full military honor. BJP General Secretary Ram Madhav attended the funeral and was telecasted across India. 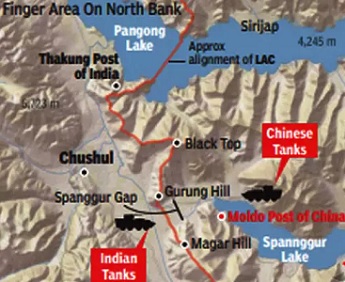 India’s clear and strong message to China that India can play the Tibet card is still short of bringing Tibet on the international platform. India’s predicament lies in history.

India’s first Prime Minister Nehru’s ill-conceived China policy led to many miscalculations and poor decisions that India is paying today. At the height of his blind faith in Mao Zedong, Nehru promoted China for the UN Security Council’s Permanent Member instead of accepting it for India. Nehru refused to oppose China’s invasion of Tibet, letting the buffer country that had kept India away from China for centuries to collapse. He even advised the Dalai Lama not to bring it to the international forum. However, Mao construed those overtures as Nehru’s weakness and attacked India in 1962 and annexed Aksai Chin from India.

Despite China’s betrayal, the subsequent Indian Governments continued to uphold Nehru’s failed China policy, keeping Tibet in the background and ignoring Chinese military incursions into Indian territories. In 2003, Prime Minister Atal Bihari Vajpayee visited China and fell under their spell as Nehru did and made another blunder. Vajpayee officially accepted the Chinese occupation of Tibet by recognizing the Tibetan Autonomous Region as an inalienable part of China. We know today what China has given to India for that overture.

China’s claim on Ladakh and Arunachal Pradesh is based on Tibetan history. Recognizing Tibet as an occupied territory and restoring the McMahon Line as a legitimate boundary will expose China’s expansionist policy of encroaching and annexing neighboring countries’ territories and distorting history to justify their actions. To obtain and sustain international support for this campaign, India needs to form a coalition partnership with like-minded countries. The current geopolitical circumstances are in favor of India. The United States is sending a clear message to China by reappointing the U.S. Special Coordinator for Tibetan Issues and approving a resolution supporting Tibetan autonomy. The U.S State Department took an unprecedented move by receiving the president of the Tibetan Government in Exile, Dr. Lobsang Sangyal. Australia, Japan, and many other nations are sick and tired of China’s aggressive encroachment upon their territories. They will support if India takes the initiative.

Another crucial step India can take is foiling China’s attempt to appoint the next Dalai Lama. India needs to openly engage with His Holiness the Dalai Lama and the Tibetan Government in Exile to assure them that India will give full cooperation and support recognizing the Dalai Lama’s reincarnation if His Holiness wishes to be reborn in India.

The world will be a safer place if Tibet is restored as a buffer zone between two nuclear-armed Asian giants.


** The author is Dean of School at the Woodhall School in Connecticut, U.S.A. He was born and raised in India as a Tibetan refugee.