The Eagle Unbowed: Poland and the Poles in the Second World War 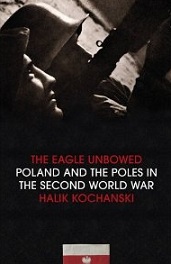 The biggest gap in most histories of the second world war is what happened to Poland. By the war's end it had lost not only a fifth of its population but also its freedom—despite having fought from the first day to the last against the Germans.

Many histories deal with the greatest crime of the war years: the annihilation of Europe's Jews. That chiefly took place in occupied Poland, and the largest number of its victims were citizens of the pre-war republic. But these are books about the Holocaust, not about Poland. Books about Poland abound too. Some deal with the spectacular military events of the war: the Ghetto Uprising of 1943, the Warsaw Uprising of 1944. Others have highlighted the great neglected scandals of the war, such as the Soviet massacre of 20,000 captured Polish officers. A book called "Dark Side of the Moon" tried to alert the West to the Soviet deportation of hundreds of thousands of Polish civilians to privation and death. There are even books about Wojtek, a bear cub adopted by Polish soldiers, who drank beer, ate cigarettes, carried ammunition and died in a zoo in Scotland.

But until Halik Kochanski's "The Eagle Unbowed" nobody had written a comprehensive English-language history of Poland at war. A British-born historian whose own family's experiences dot her pages, she weaves together the political, military, diplomatic and human strands of the story. She ranges from the fatal weaknesses of pre-war Poland (divided, cash-strapped and isolated) to the humiliation of Britain's victory parade in 1946 when the organisers invited Fijians and Mexicans, but not Poles.

Readers reared on Western accounts of a war between good and evil may be shocked to learn that for Poles the war was three-sided. The Western allies were duplicitous and the Soviets for the most part as bad as the Nazis.

Poland fought on four fronts. One force was in Britain, drawn from those who had escaped the defeat in 1939. It helped liberate the Netherlands. Another was drawn from the deportees in the Soviet Union, rescued from death by Hitler's attack on the Soviets. This ragtag army mustered in Persia, trained in Palestine and fought notably at Monte Cassino in Italy. A third army was formed from Poles who remained inside the Soviet Union, under the leadership of Polish communists and collaborators. It reached Berlin. The fourth, the Home Army (whose poster urging Poles "to arms" is shown HERE), was in Poland itself. Once the biggest and best-organised underground military force in Nazi-occupied Europe, it was hounded to destruction by the Soviets.

Ms Kochanski gives admirably clear accounts of the battlefield. She unpicks other tangles too: the tense relationship between the impatient, ill-informed underground leadership in Poland and the divided, ill-led exiled government in London, sidelined and then dumped by the allies as the Soviet armies marched west.

She has a keen eye for the striking quote. Here is Heinrich Himmler of the SS on the four years of elementary school which was to be the only education of the Reich's new subjects:

The sole goal of this schooling is to teach them simple arithmetic, nothing above the number 500, writing one's name and the doctrine that it is divine law to obey the Germans...I don't think that reading is desirable.

In an overture to the Holocaust ...

[ Read full review in The Economist ] 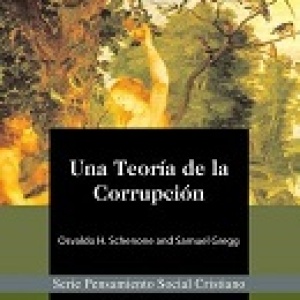 We have 2262 guests and no members online