Democracy is on the run, and elected governments are suffering from a legitimacy crisis. Legislatures are increasingly seen as unrepresentative. To give legitimacy to democratic government, experts argue that we need more democracy and more opportunities for direct citizen participation. Increasingly, pure forms of Representative Democracy needs to be complemented by forms of direct engagement, such as referendums, popular votes, the recall, citizens’ juries, eDemocracy, etc. This is what we term Complementary Democracy. It is also incumbent upon political scientists, sociologists, and academics from other disciplines to determine if these institutions provide means of curing the current democratic malaise. In this book experts from the worlds of practice and theory come together to explain –and occasionally critique– these complements to representative democracy. The volume provides an invaluable starting point for anyone who wants to know more about the new directions of democratic governance and hopes to inspire those who seek to build stronger democracies.

Matt Qvortrup is Professor of Applied Political Science and International Relations at Coventry University. An expert on comparative constitutional engineering and European Politics, he was awarded the PSA Prize in 2013. Described by the Financial Times, as “a world authority on referendums”, Professor Qvortrup earned his doctorate in Politics at Brasenose College, University of Oxford in 2000. Also, a qualified lawyer, he holds a Diploma from the College of Law, London. A frequent commentator for the BBC, Professor Qvortrup writes regularly for The Daily Telegraph.

"Modern democracy is much more than representative government in which citizens are asked to give away their votes every fourth year in an election. In a contemporary democracy, every voice is heard every day through a diversity of participatory tools. This new volume edited by Vancic and Qvortrup opens the door to everybody interested in the emerging new practices of active citizenship around the world."

"Democracy is no longer just about candidate elections and political parties. Referendums, citizens initiatives, citizens budgeting, sortition, citizens juries, recall election, and other mechanisms complement parliaments and generate the new algorithm of democratic governance in the 21 century. Vancic and Qvortrup’s edited volume is an excellent primer for anyone wanting to understand the sometimes weird and generally wonderful world of Complementary Democracy." 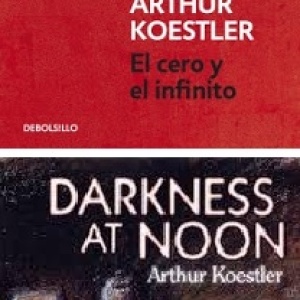 We have 759 guests and no members online