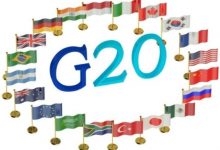 How can a country with such an appalling human rights record at home ensure respect for human rights in such an important international process?"

The organization urges G20 members, to pressure the Saudi Arabian authorities to commit to end the patterns of egregious human rights violations.

Member states of the G20 that continue to profit from the arms trade with Saudi Arabia, including the USA, UK and France, must consider the extent to which they are complicit in human rights violations committed by the Saudi Arabia led coalition in the conflict in Yemen, and cease such transfers until these violations have been remedied.

“Saudi Arabia steps up to the G20 presidency amid a new wave of arbitrary arrests of peaceful critics, with many human rights defenders still languishing behind bars, and just over a year since the horrifying killing of Jamal Khashoggi. World leaders in the G20 must pressure Saudi Crown Prince Mohammed bin Salman to ensure enjoyment of all human rights including freedoms of expression, association and peaceful assembly,” said Heba Morayef, Amnesty International’s MENA Regional Director.
(...)

back to top
Tweet
IF YOU DESTROY A FREE MARKET YOU CREATE A BLACK MARKET.
Winston Churchill

The US Commission on International Religious Freedom (USCIRF) is an independent, bipartisan U.S. federal government commission, created in 1998 by the International Religios Freedom Act (IRFA). USCIRF Commissioners are appointed by the President and the leadership of both political parties in the Senate and the House of Representatives. USCIRF's principal responsibilities are to review the facts and circumstances of violations of religious freedom internationally and to make policy recommendations to the President, the Secretary of State and Congress.

Country chapters begin with a one-page overview of USCIRF's findings, the reasons for the country's designation by USCIRF, and priority recommendations for action. Each chapter documents events that took place over the reporting period, discusses relevant legal and human rights issues, emphasizes important elements of the bilateral relationship with the U.S., and details recommendations that would promote freedom of thought, conscience, religion or belief.